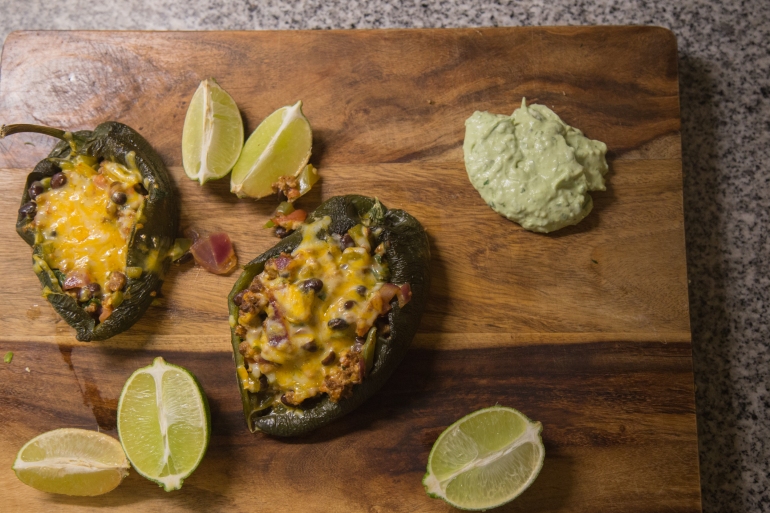 Poblanos are a chili pepper from the Poblana region of Mexico and when dried they are referred to as ancho chiles. Mild in heat, but with a good flavor and a great texture. Most importantly, they’re the perfect size for stuffing. Traditionally, they get filled with some sort of cheese, along with pork and spices.  Restaurants typically keep it at cheese and meat for the filling and serve with some kind of sauce that varies from place to place. (More often than not, you can get your peppers sans meat to make it a vegetarian dish.)

We like to do a little bit more with our chile relleno.

Preheat your oven to 400F. Light coat a pan or cooking sheet with oil or cooking spray, depending on your preference and place your peps on the pan/sheet. Once your oven is preheated, throw’em in. Set a timer for 30 minutes, sometimes they do take a bit longer though. 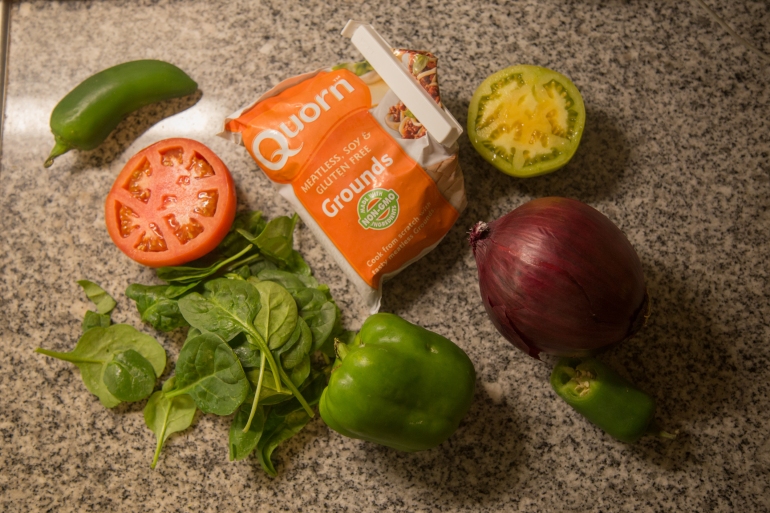 For the filling, heat some olive oil in a large skillet over medium high heat. Sautee the onions, jalapeno and bell peppers until the onions start to turn clear. Go ahead and add your protein of choice be it soy crumbles or meat. (If you are cooking with meat you want to have it cooked almost all the way through before you add it to the onions and peppers.) Once your soy meat is cooked through add the black beans, diced tomatoes, and spinach. Add in all of the seasonings and turn down to a low simmer and cover, stirring occasionally. Cook for about 10 minutes. When done, put your filling into a large mixing bowl and set to the side to cool while preparing the poblanos for stuffing. 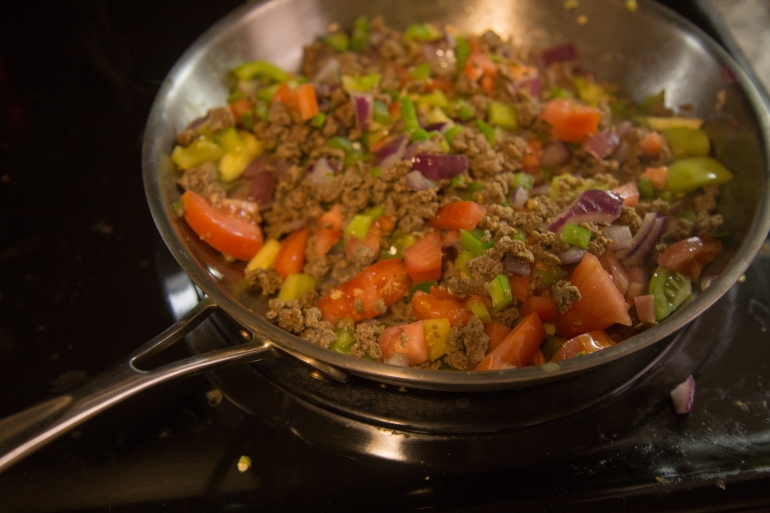 Once your poblanos are done in the oven, pull them out and let them cool. We have found out it is best to let them cool down all the way which takes about an hour or so. (Most of the time we cook them ahead of time and stick them in the fridge until we are ready to stuff them) But you can also just let them cool for about 15 minutes. They should look a little blistered, but not burnt (some blackening here or there is fine. They’re going back in the heat anyways.)

Once they’re cooled, take a small knife and cut openings vertically in each pepper, from stem to tip. Run them under cool water and deseed them, pulling out any other bits out. Traditionally you want to take the outer layer of skin off as well. Most of the time we skip this step, the only difference we’ve noticed is that it makes the peppers a bit firmer.

Once cleaned, put them back on your cooking sheet/pan and start shoving that filling in. There should be plenty of filling to overstuff each poblano, with a little left over if you want to throw some in a tortilla like taco for cooking munchies. Top your stuffed peppers with your shredded cheese, we used colby jack here, but really any cheese that melts well will work. Is your oven still heated to 400F? Good. Put those peppers back in and set a timer for 12-15 minutes. 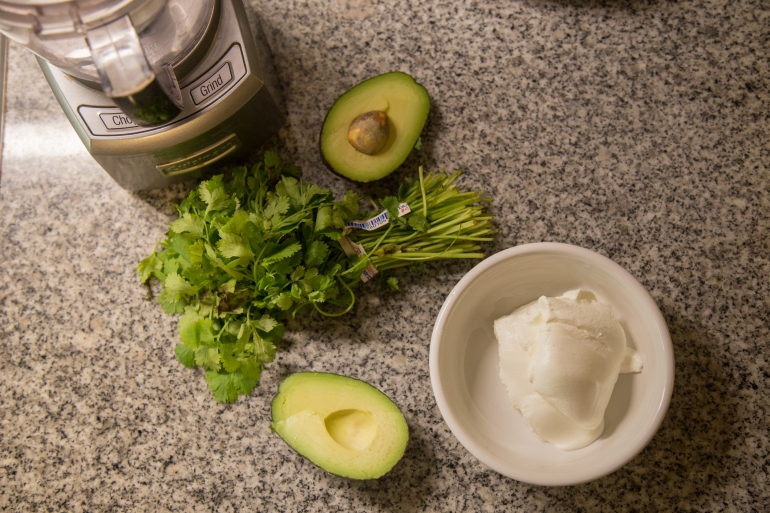 Now for that sauce. Take your chopped cilantro, avocado flesh, and greek yogurt and put them in a food processor. Pulse until you reach a nice lime green color throughout and the consistency is smooth and creamy. Pour the sauce into a small serving bowl with a spoon. If you haven’t yet, take the remaining few minutes while your peppers are finishing their oven time and quarter you up a lime. Or two, go crazy.

Once your peppers are done cooking (that cheese should be melted, maybe even a little browned), let them cool for a minute or two and serve. Don’t forget the sauce and limes!