Since moving to California the way that Josh and I eat has changed from when we lived in Tennessee. We try to focus more of eating healthy, plant based food. I haven’t eaten meat in twelve years, however I wasn’t eating health even though I was a vegetarian. I was eating to much frozen and processed foods. Now we try to eat a more balanced diet. One thing that has always been hard as a vegetarian is trying to come up with dishes where theres a “protein” and sides that is not a soy based processed food. Eggplant is one way that you can still get that protein style food and still be health about it.

There are many ways that you can prepare eggplant. It is such a versatile food and go well is most cuisine. I’ve gotten more into making glazed and marinates to cook with recently. For this dish I may a balsamic maple marinated, once the eggplant was marinated. I reduced the marinate into a glazed to finish off the eggplant with. Oh my, it was so good! You can use this glaze for fish or poultry too! 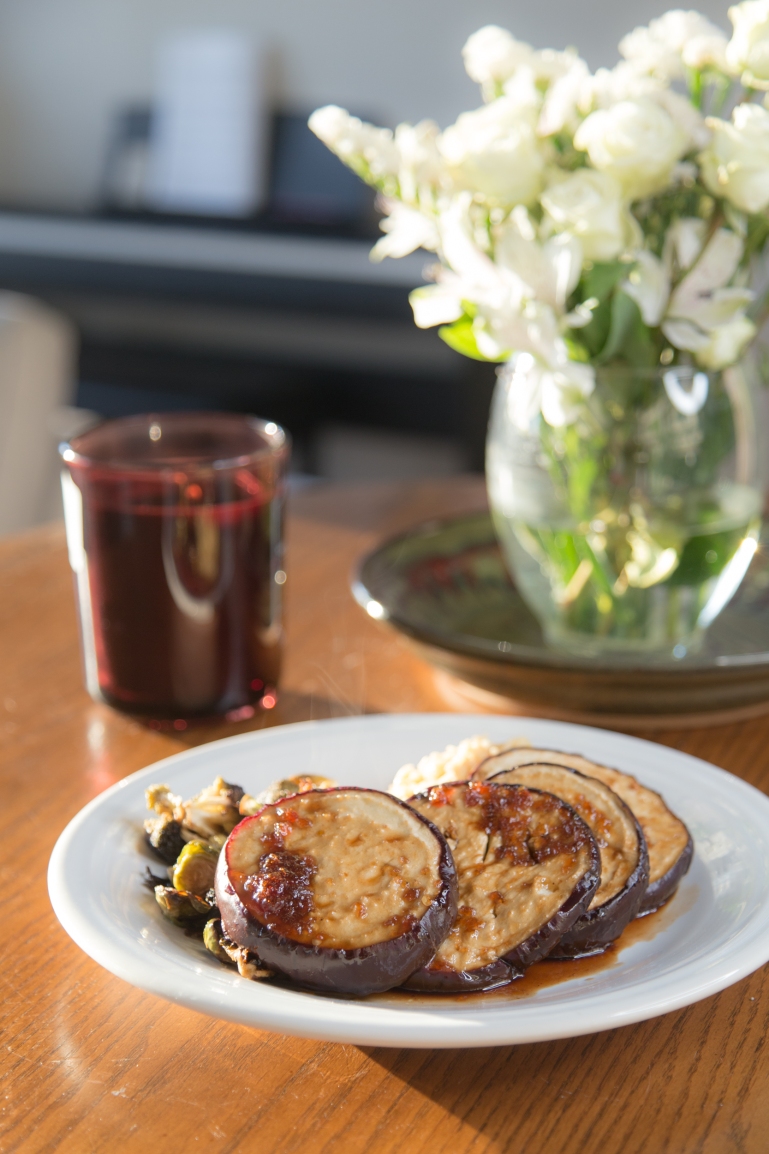 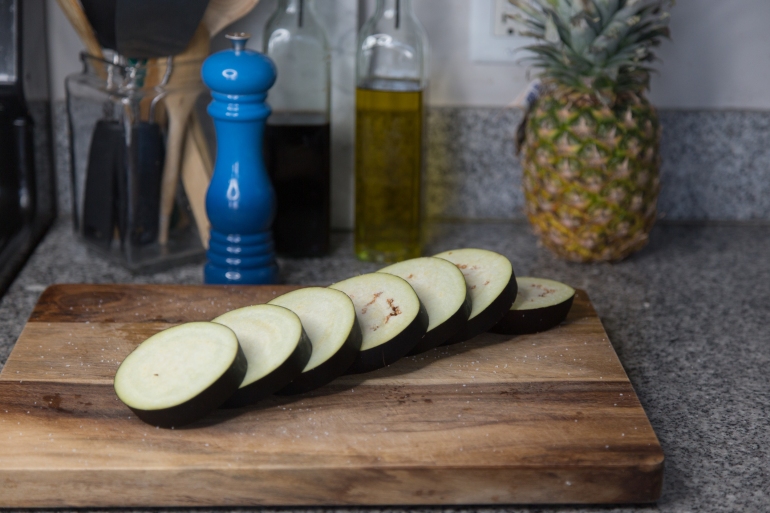 To start off, cut the eggplant into half-inch slices. I only did one eggplant because I was the only one eating this. If you are feeding two people I would recommend doing two eggplants. Once the eggplant is sliced I salted both sides to get as much of the water out of the vegetable that I could and let it rest between a tea towel for about a hour. 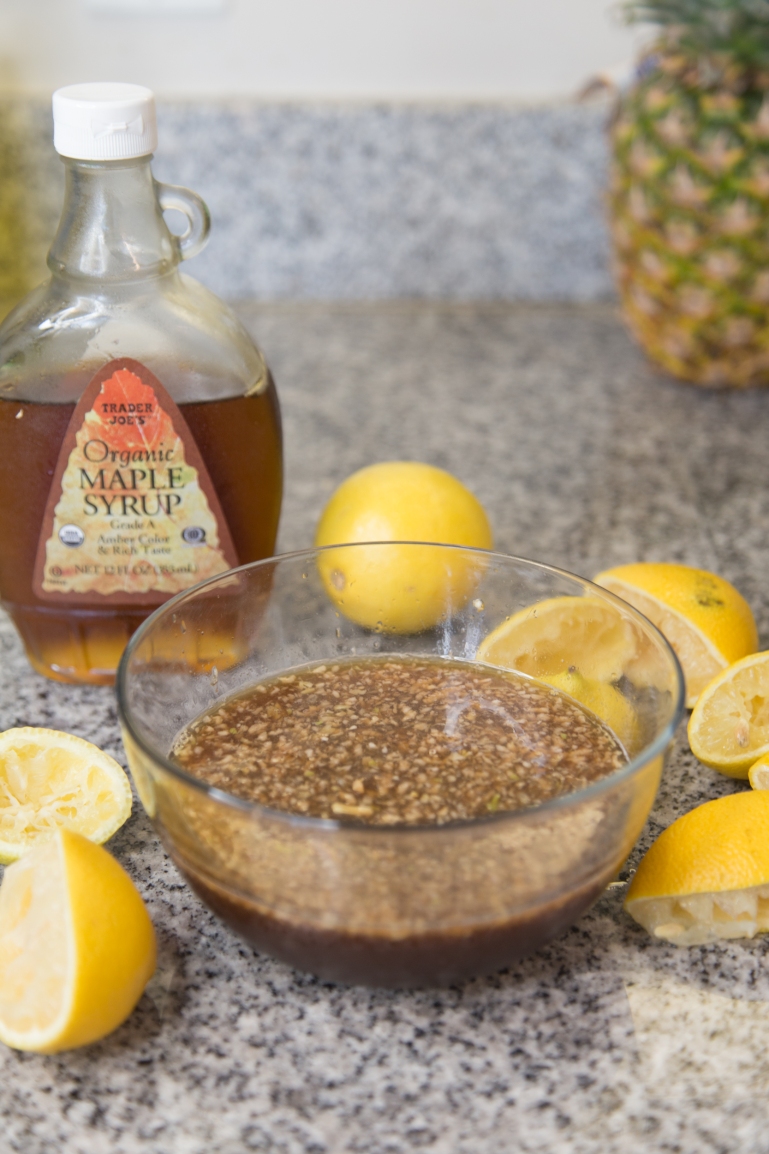 After an hour of the eggplant sweating the water out, I then placed them in a casserole dish and poured the marinate over the eggplant and left in the fridge for a minimum of six hours. The long that you let it sit the better. Because the marinate didn’t cover the tops of the eggplant, I flipped them ever hour and a half to two hours to make sure they are evenly marinated.

After a six hours of marinating, I then baked the eggplant (with out the marinate) at 350 degrees for 30 minutes. I drained the marinated into a sauce pan that I put on medium high. Once the marinate get to soft boil I turned the heat down to medium low. Let it cook down for about 20 minutes till it is about half the size from when you started. Once the eggplant has baked for 30 minutes pour the glaze over the eggplant and bake for an additional ten minutes. 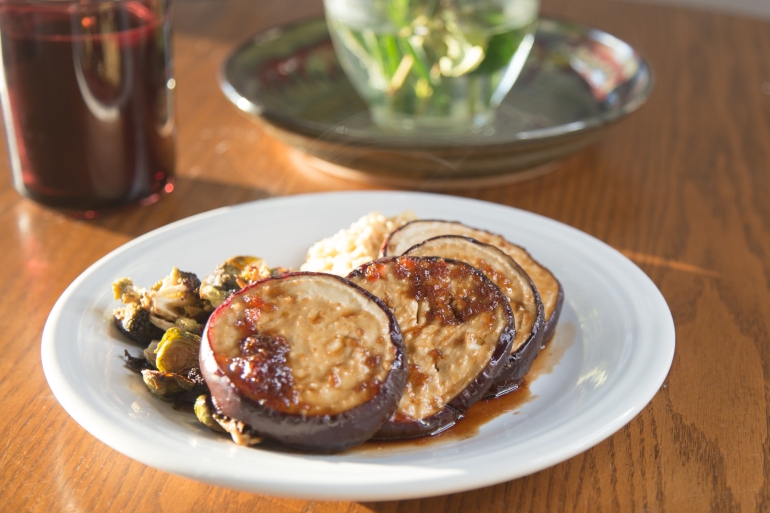 For my sides I served it with some roasted broccoli and brussels. Roast in the oven for 30 minutes at 350 degrees with salt, pepper, and olive oil. Once out of the oven finish with a touch of balsamic vinegar. I also made some cheesey rice. This mimics a risotto a bit, I used basmati rice cooked to the directions but I used 1/4 of the liquid as white wine and the rest vegetable stock. Once the rice was finished I added butter, goat cheese and pepper. 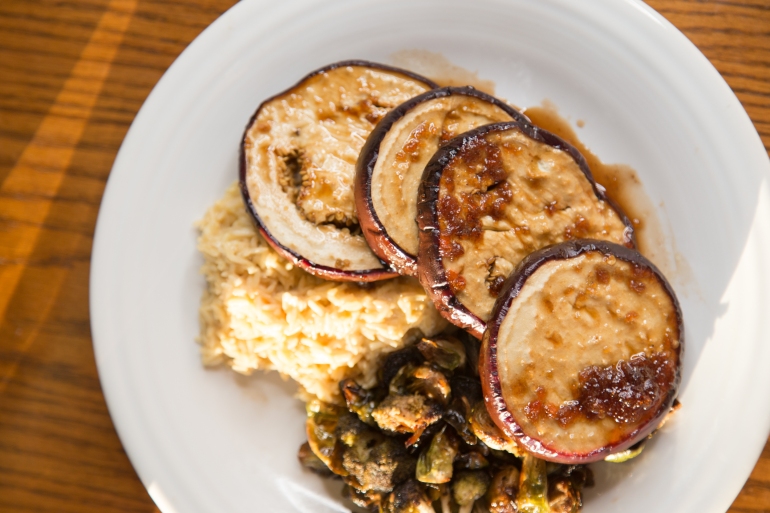