Happy Monday and Josh let me take some pictures of him!! Josh is currently on the boat headed up to San Fransisco for fleet week and I will be headed up later in the week. I am so excited to be back in San Fransisco. I have been several times because I have family that lives in Berkeley, where I’ve spent much more time. But I haven’t been in about five years and Josh has never been. I’m excited to show him around, from what I remember, I was a teenager when I visited the most.

Josh normally doesn’t want me to take many pictures of him, but I tricked him into it. There usually is some excuse that goes behind it, mainly that he didn’t like how his hair was that day or he was tired from work. It just so happened that I caught him at the right time this day. Josh normally has two go-to jackets during the fall: a Levi’s jacket and a kendo jacket. This Levi’s Jean Jacket is a great wardrobe staple because it is so versatile. As well as it can be warn year round, everyone should own at least one jean jacket! 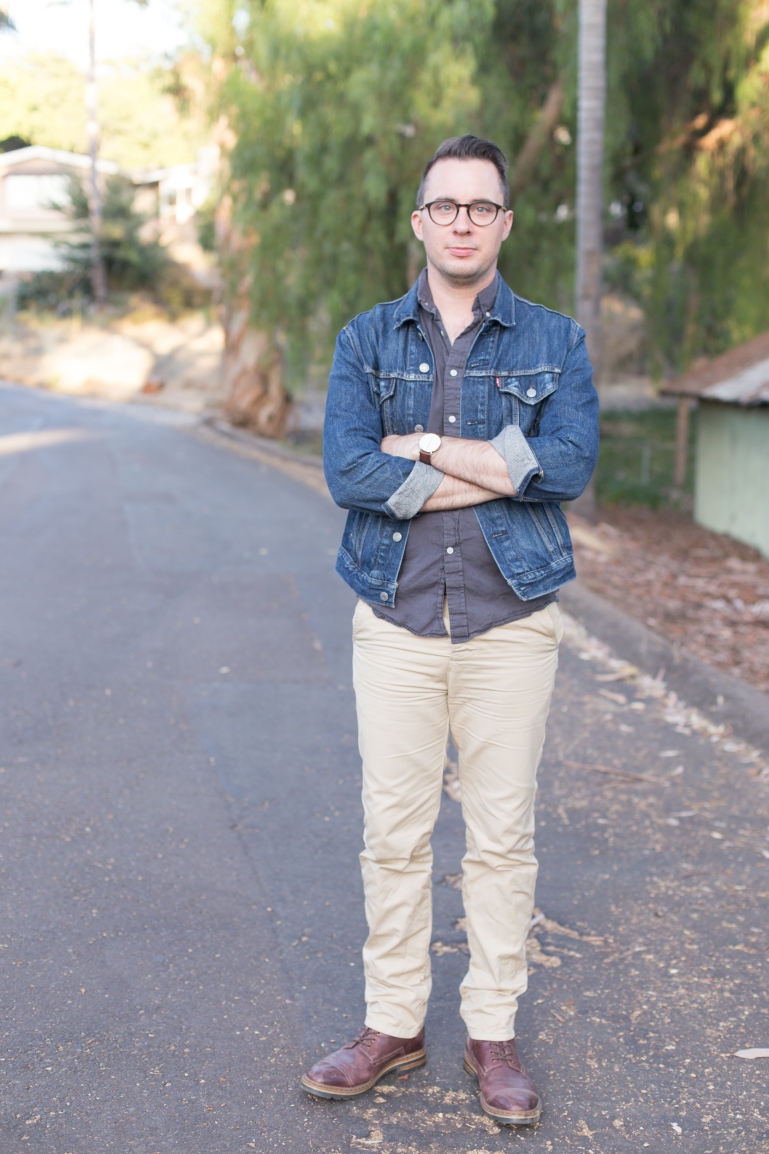 2 thoughts on “OOTD: His Jean Jacket”