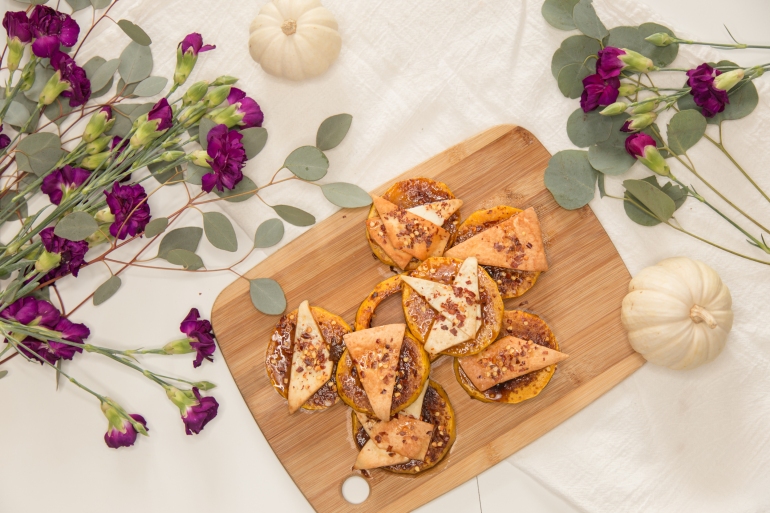 Thanksgiving is one of my favorite times of the year, mainly because I love eating the food oh so much! Up until Josh and I moved out to San Diego, I would spend Thanksgiving at my grandparents house. Spend the morning watching the Macy’s Day Parade followed by Dog Show (my sister’s part of Thanksgiving). Living on the West Coast away from our families, Josh and I have been having mini Thanksgiving just the two of us. Therefore I’ve been trying new recipes, I recently found a recipe for roasted butternut squash. Butternut squash is a great food for the fall and I look forward to trying different recipes with the squash. Until then I share this wonderful Cinnamon Roasted Butternut Squash with Pecorino. 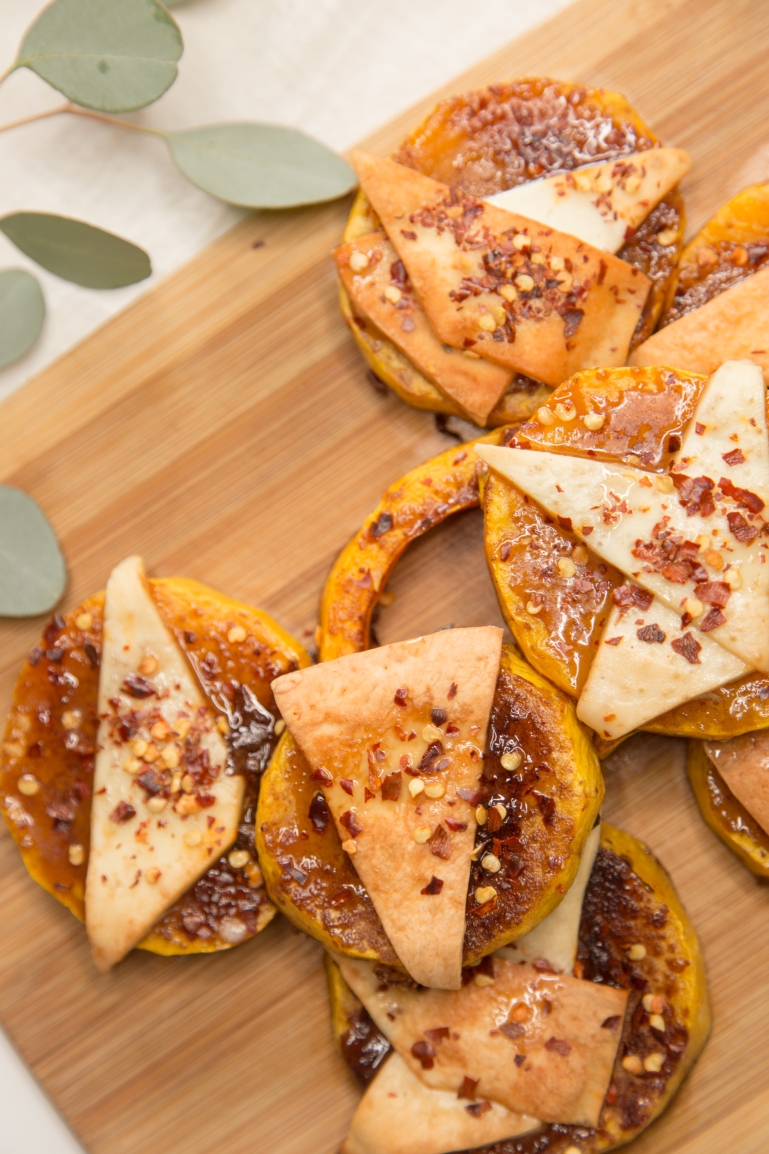 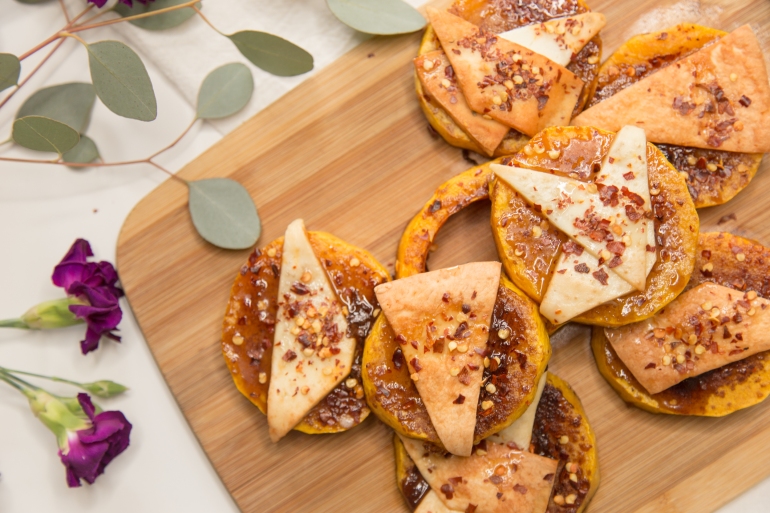 There are so many different foods you can create with butternut squash. Josh and I love anything with cheese and love trying different cheeses and vegetables. To start preheat the oven to 400 degrees. Peel the butternut squash and cut into one inch rounds. If you are cooking for more than two people I would recommend using more that one butternut squash. Then drizzle olive oil on the squash, making sure the coat both sides of the squash.

In a small bowl combine two tablespoons of brown sugar, packed, one teaspoon of cinnamon, and 1/4 teaspoon of nutmeg to the squash on both sides. Bake the squash for twenty minutes until the squash is tender to touch.

Remove from the oven and add sliced pecorino to the squash, cook for an additional ten to fifteen minutes at 400. Pecorino is a hard cheese and won’t melt like most cheeses we are used to. If you can’t find pecorino you can use parmesan cheese instead. 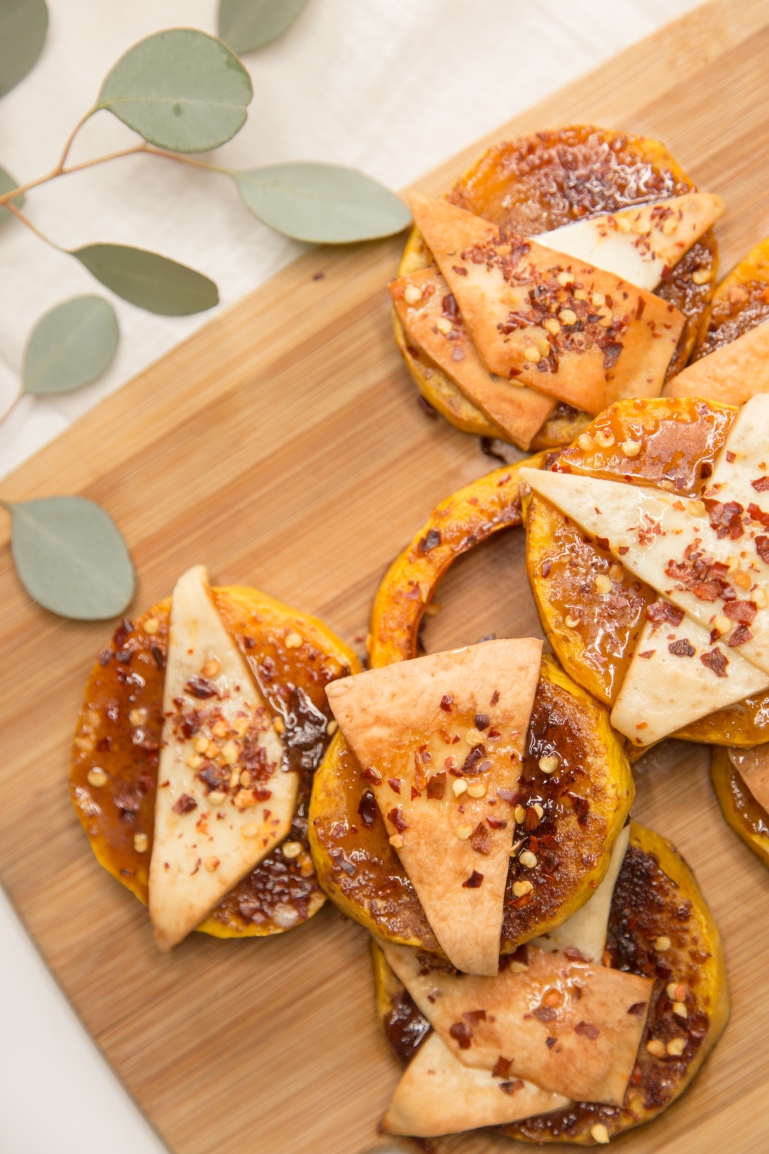 Once the butternut squash is out of the oven drizzle 1/4 of a cup of honey and sprinkle crushed red pepper flakes on top. For an additional garnish you can add rosemary to it when served (I forgot).

1. Preheat oven to 400 degrees.
2. Peel the squash and cut into 1 inch rounds, drizzle with olive oil, making sure to coat both sides of squash.
3. Add brown sugar, cinnamon, and nutmeg to squash (I coated both sides).
4. Bake the squash for 20 minutes, until tender to touch.
5. Remove from oven and add sliced pecorino to the squash and cook for an additional 10-15 minutes
6. Drizzle honey and crushed red pepper before serving and garnish with rosemary (optional).