Happy Monday! Josh and I had our going away party on Friday with all of his coworkers. I don’t get to see most of his coworkers too often, so it was great to hang out with everyone. We spent most of Saturday as a lazy couch day (with some cleaning around the house) and watched the new season of Queer Eye on Netflix and it gave us all the feels. We’ve never seen the original season that aired in the early 2000’s, so we didn’t really know what to expect. It’s such a great show and I already excited for the next season to come out! Other than that we have been making sure everything is in order for our move, we only have just over two weeks left in San Diego so it’s getting down to crunch time. 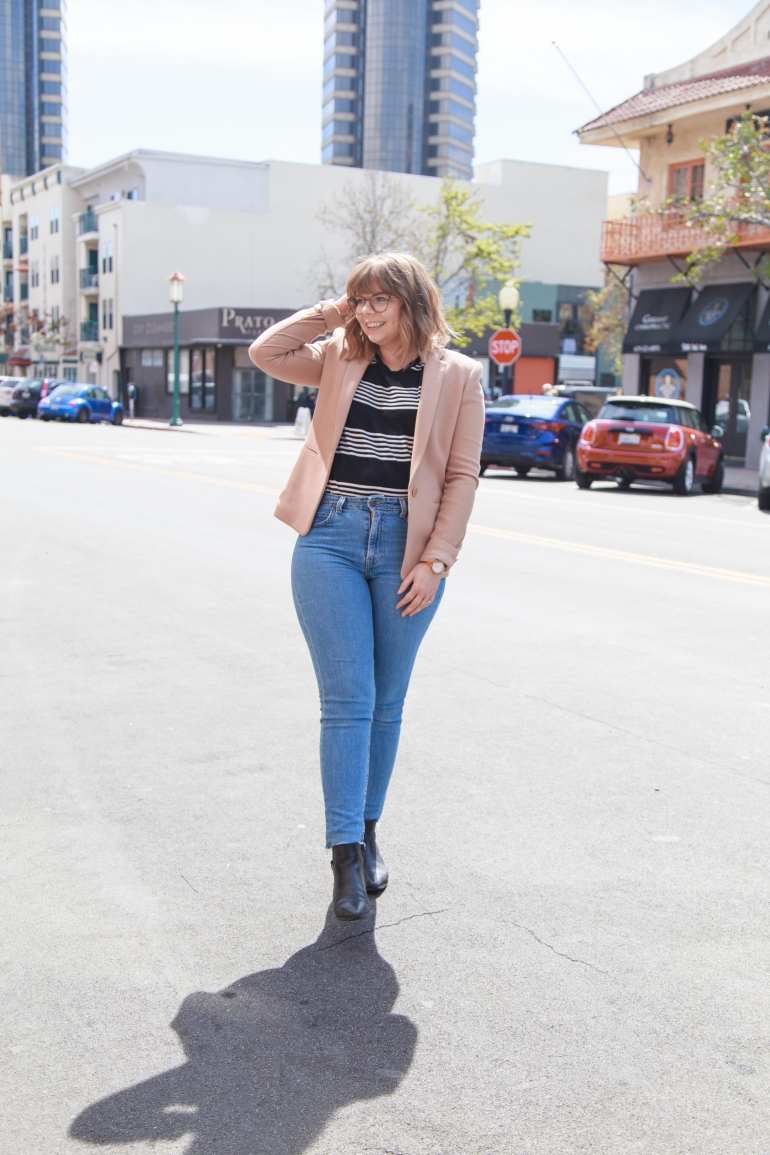 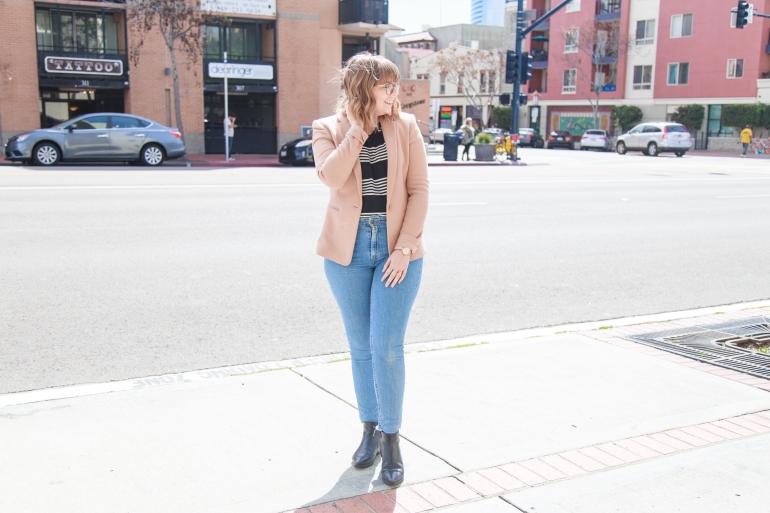 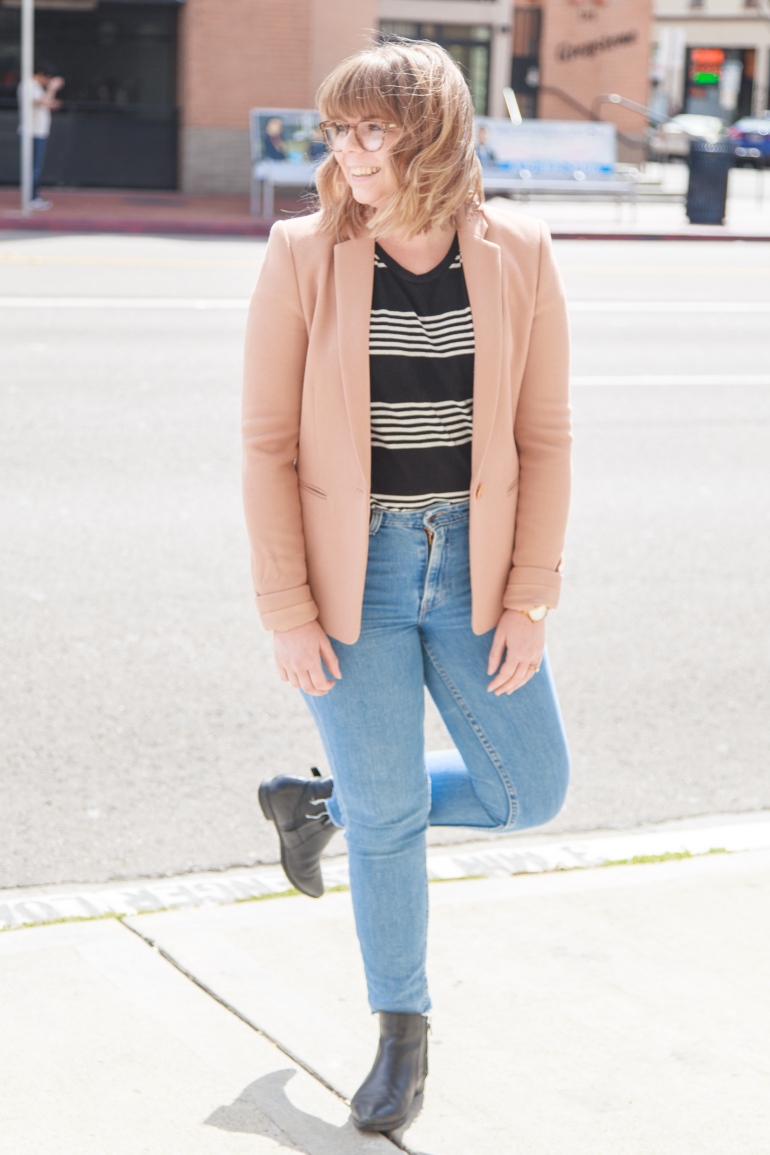 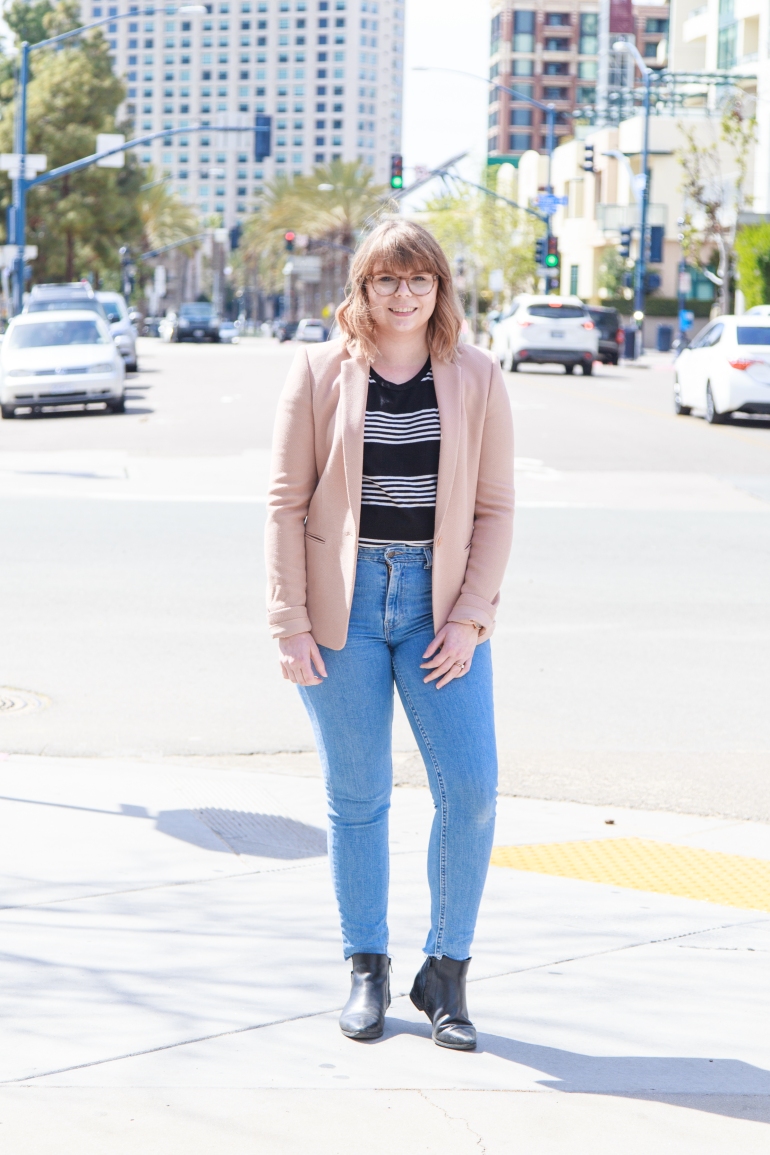 Blush tones clothes are something that I’ve been reaching for over the past year or so. It’s always such a subtle way to add a feminine touch to an outfit. Plus it’s a color that looks great on so many sink tones! I picked up this blazer just over a year ago at a thrift store, it’s a BCBG blazer (similar here and here). As for my shirt and jeans, they are both Levi’s. If you haven’t read any of my other post, I tend to always be wearing something from Levi’s, it doesn’t help that we have a store within a ten minute walking distance of our current apartment. Josh and I usually find ourselves there every month or so and I scoured their sale section (which is how I purchase pretty much everything from Levi’s). As for my booties, they are from Clarks, and such a great staple to every wardrobe (similar here and here). They are also my most reached for shoe, especially when I know I’m going to be walking a lot that day.