Well it’s official. We moved out of our apartment in San Diego and made the trek to Tennessee where we will be staying for the next few weeks until we fly out to Naples, Italy. Before we left San Diego we made one last trip to La Jolla Cove, which upon discovering this place, quickly became a fast favorite. The Cove is known for the sea lions and seals which both have pups out and about during the spring time in this area. We love coming up to La Jolla and spending an afternoon walking about the cove taking in the great scenery. Plus there’s so many great restaurants in the area too!!

I’ve been trying to expand my pants selection and not wear Levi’s blue jeans everyday, which I have been guilty of for the past several years. It’s hard to beat a great pair of jeans. However on a recent trip to Los Angeles that Josh and I took in February, we stoped by several thrift stores where I picked up these Express pants. I’ve been looking for a great pair of cropped trousers and these are just that! My jacket is also thrifted (I’ve been on quite the kick recently) and it’s the perfect jacket for Spring. I’ve linked some similar option below, if you want to check them out. 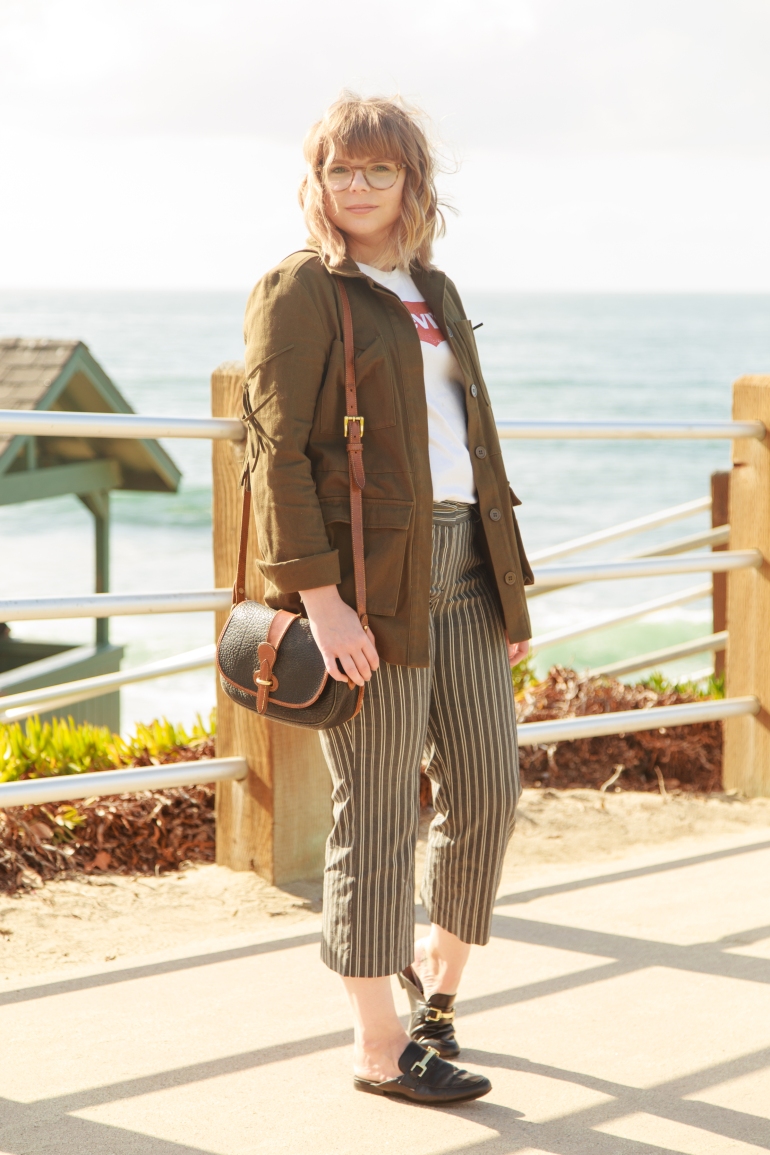 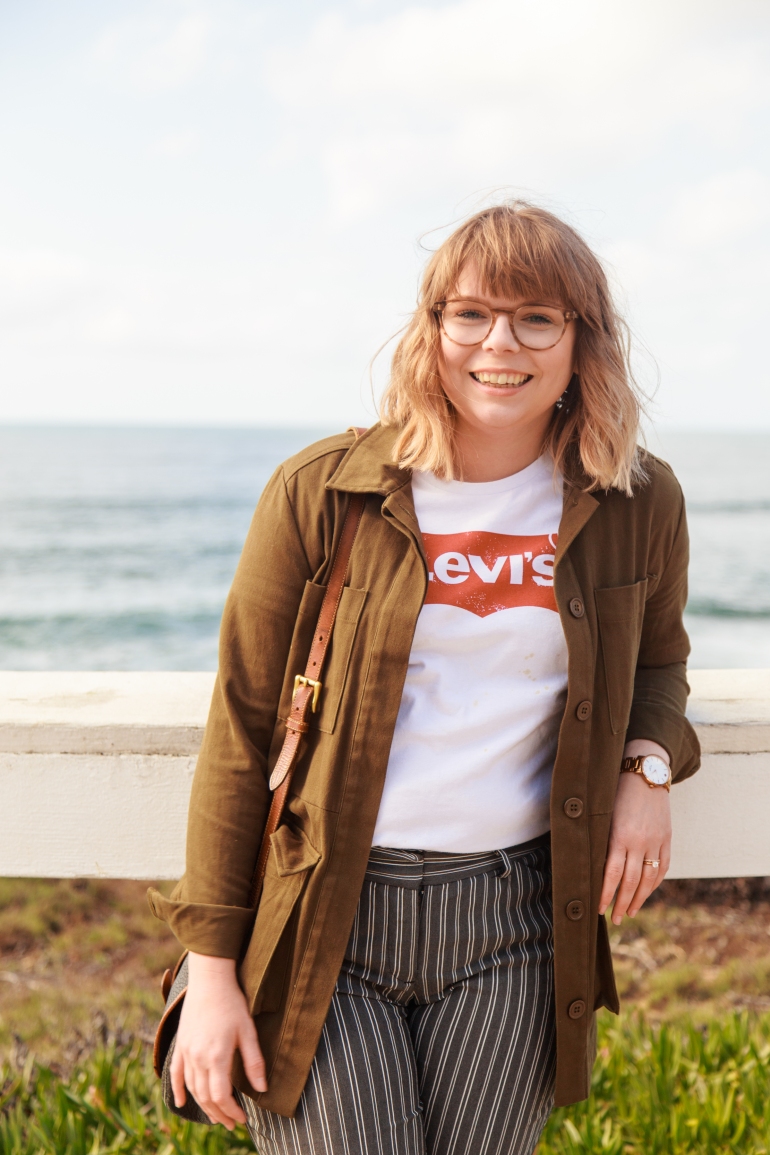 2 thoughts on “Spring Time at The Cove”