Happy May! It’s crazy to think that we are now into the fifth month of 2018. The past few months have been a little crazy for Josh and I. As you may or not know, Josh and I just made the move to Naples, Italy. We spent most of April in Tennessee visiting both of our families and close friends. Every couple of days we were off to somewhere different, while we had so much fun seeing everyone and visiting. One weekend we stayed up at my grandparents property off Noris Lake which is where these pictures where taken. I grew up coming up to ‘The Cabin’ most holiday, long weekends during the school year, and a week during the summer. My sister and I would wandering around the property, play with the dogs, and spend a lot of time swimming in the lake. So it was great to spend more time than we normally get to here and sharing some of my favorite places with Josh. 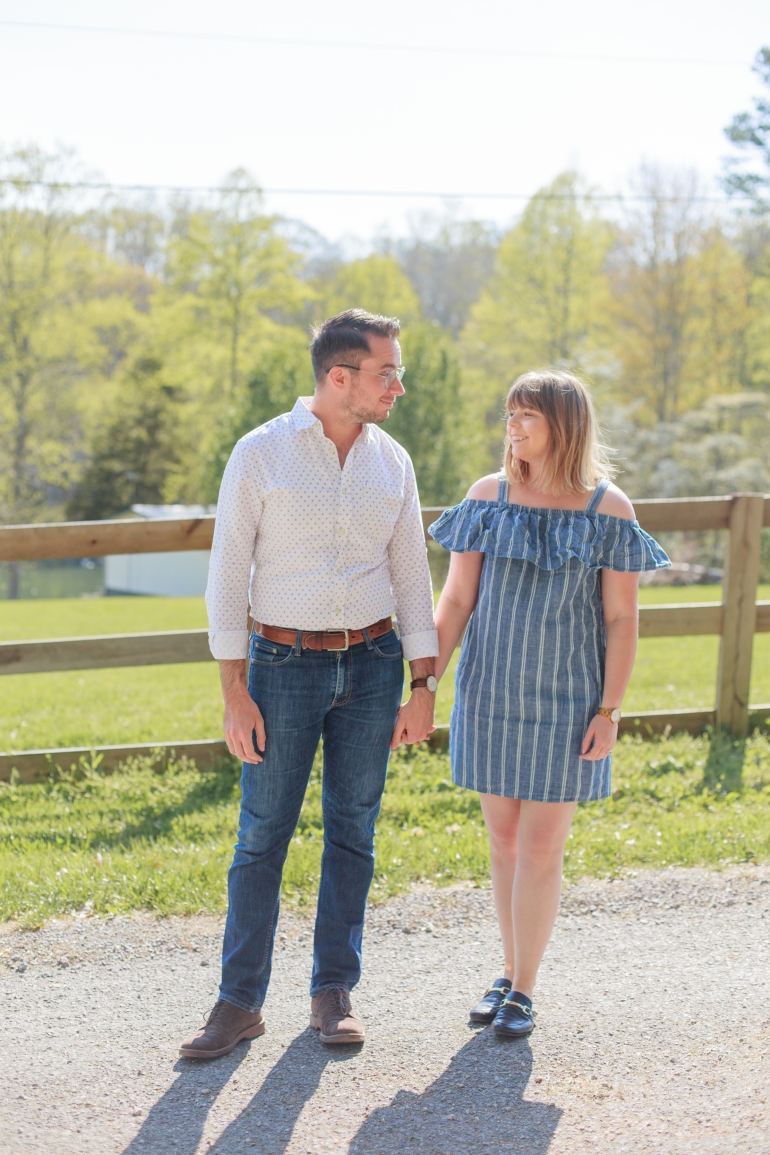 Josh and I don’t often get to many pictures together. We usually are just taking pictures of each other. While we were in Tennessee I took some engagement pictures of my sister and fiancé, so I made her take some pictures of Josh and I in return. I’m pretty sure that the last set of pictures that we got taken on us (not off a self timer or a cell phone picture, which we have used loads of) was our wedding pictures. So it’s nice to have some new updated pictures of the two of us. 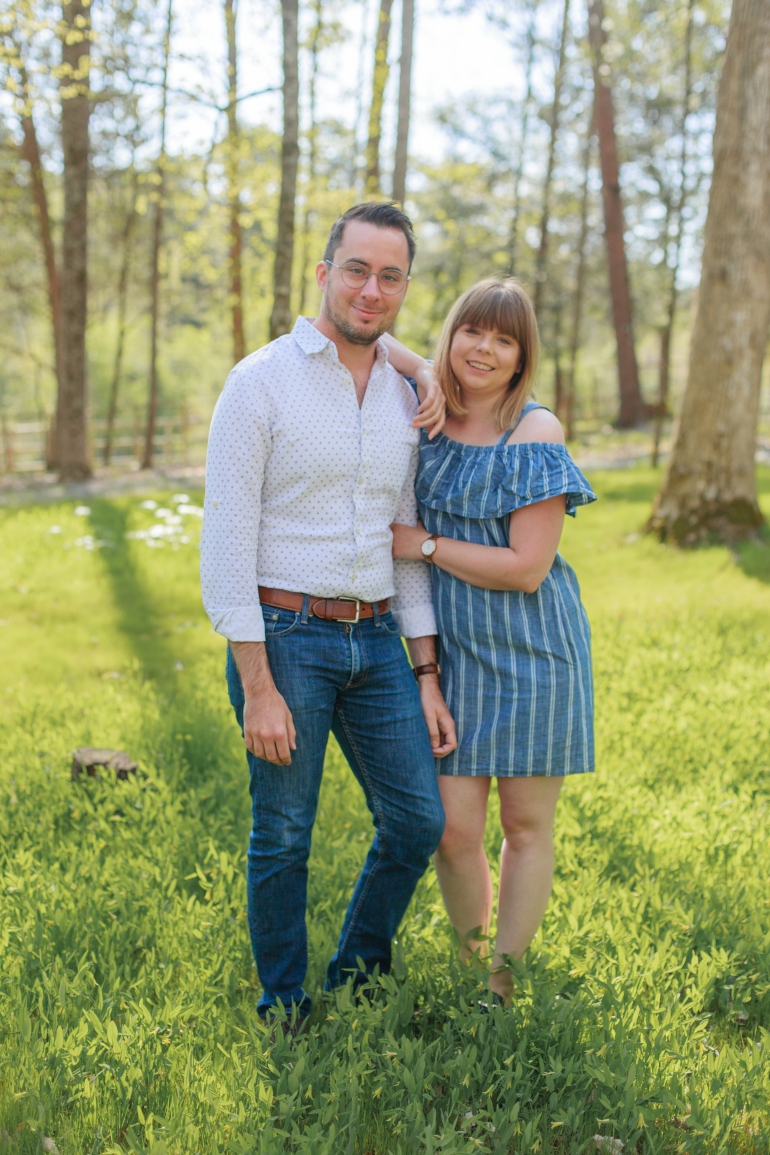 Before Josh and I moved out of San Diego, we picked up a few new clothing items from a local thrift shop. One of our favorite places to shop was Buffalo Exchange which is throughout country. They are a bit more expensive than your average thrift store, however most everything they have is new or like new. This chambray dress is a J.Crew dress that I picked up and quickly became a favorite of mine. Over the past few months, I’ve been picking up a few off the shoulder’s clothing items and they are great for the upcoming summer months. Plus this dress has pockets, which always add a dress to the top of my list! 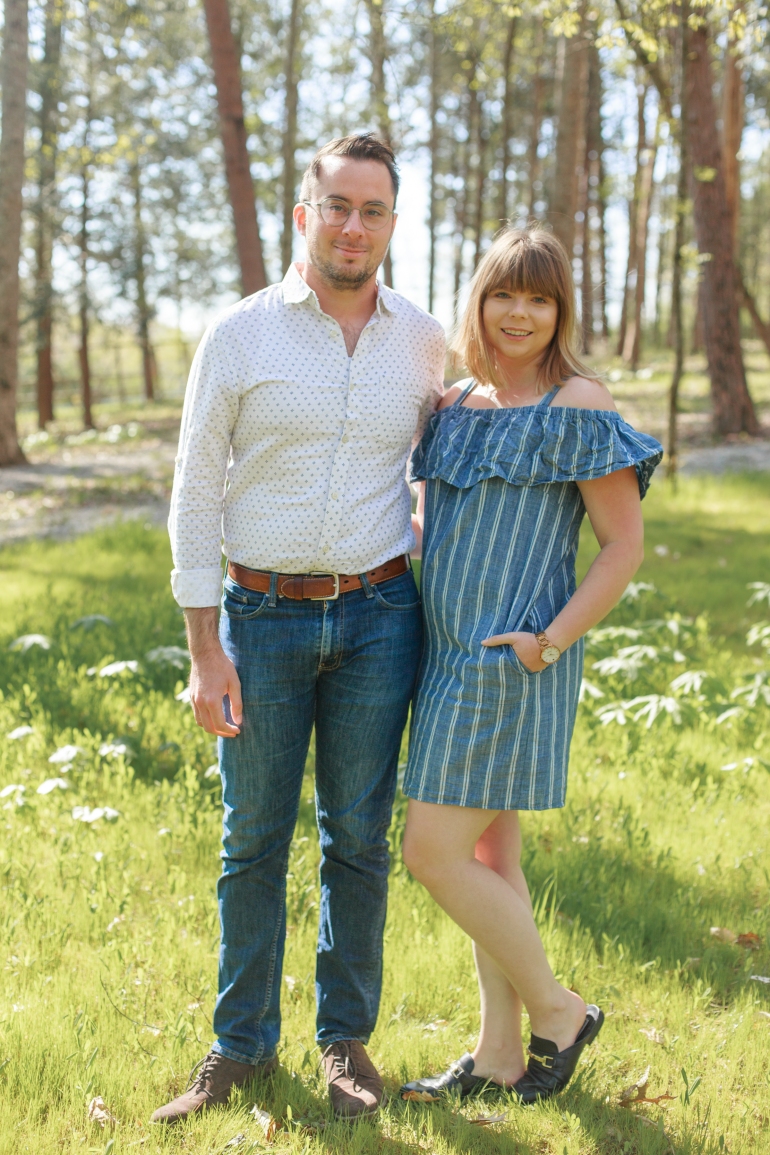