Josh and I have been spending part of our weekends traveling around the Campania area, we have made a list of places that we want to see this summer. We are gradually trying check some of the places off, this past weekend we made the trip up to Caserta to visit the Royal Palace. We have been staying in Aversa, an area north of Naples, so we have been trying to visit places close to us before we move into our house. The Royal Palace is split into two part, the Royal Apartments and The Park.

The garden behind the Palaces is a 3km stretch of land with multiple fountains running along the main stretch along the walkway. The Park is inspired by the park of Versailles, with a botanical “English Garden” at the top of the hill. There are five fountains in the park: The Fountain of Diana and Actaeon, The Fountain of Venus and Adonis, The Fountain of the Dolphins, The Fountain of Aeolus, and The Fountain of Ceres. This is such a great area for an afternoon picnic, there are covered gardens along the side just past the main entrance to the park. Be sure to wear some comfortable walking shoes though, as the walk from the palace to the end of the main fountain walkway can take an hour by itself, not even covering any of the side gardens! 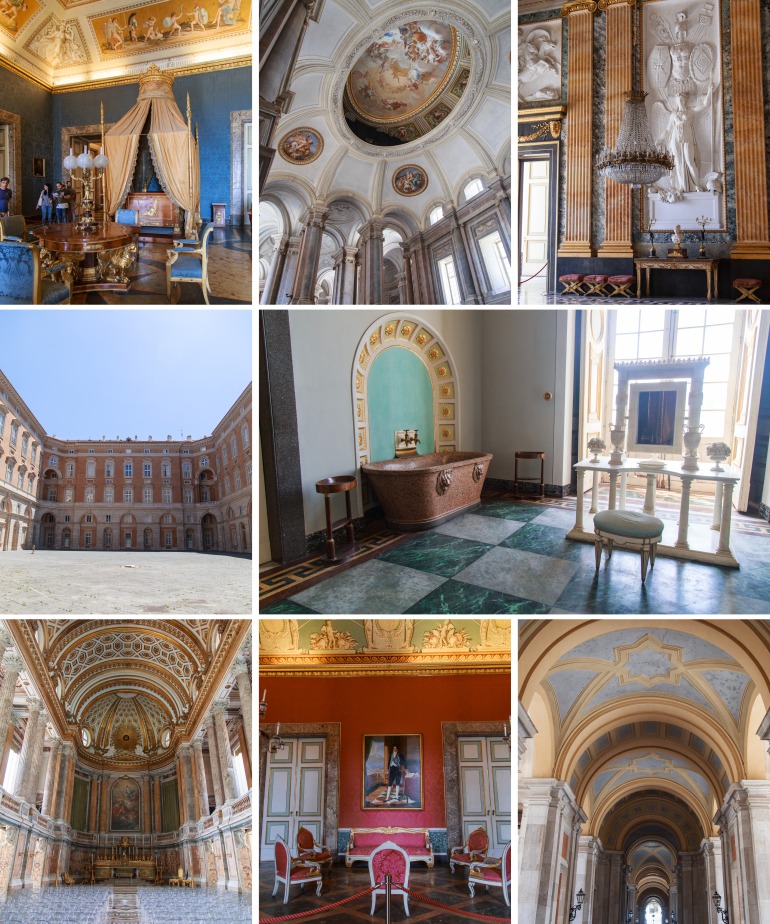 I still can’t get over all of the rooms in the Royal Palace, in each room there are gorgeous paintings that I’ve only seen in text books (hello art school!). The Palace has five floors and 1200 rooms; just like the gardens, the Palace was also based off the Palace of Versailles. There are two Palaces in the Naples area, this one in Caserta and the Royal Palace in Naples. The two palaces were built a hundred year part Naples being built in the 1600’s and Caserta in the 1700’s. Also, a cool fact is that George Lucas used the Caserta Palace as a location when shooting Star Wars Episode I! All of the interiors and some of the exteriors for the palace on Naboo were shot here, most notably the iconic red and white marble entry area, which was used for Queen Amidala’s throne room. 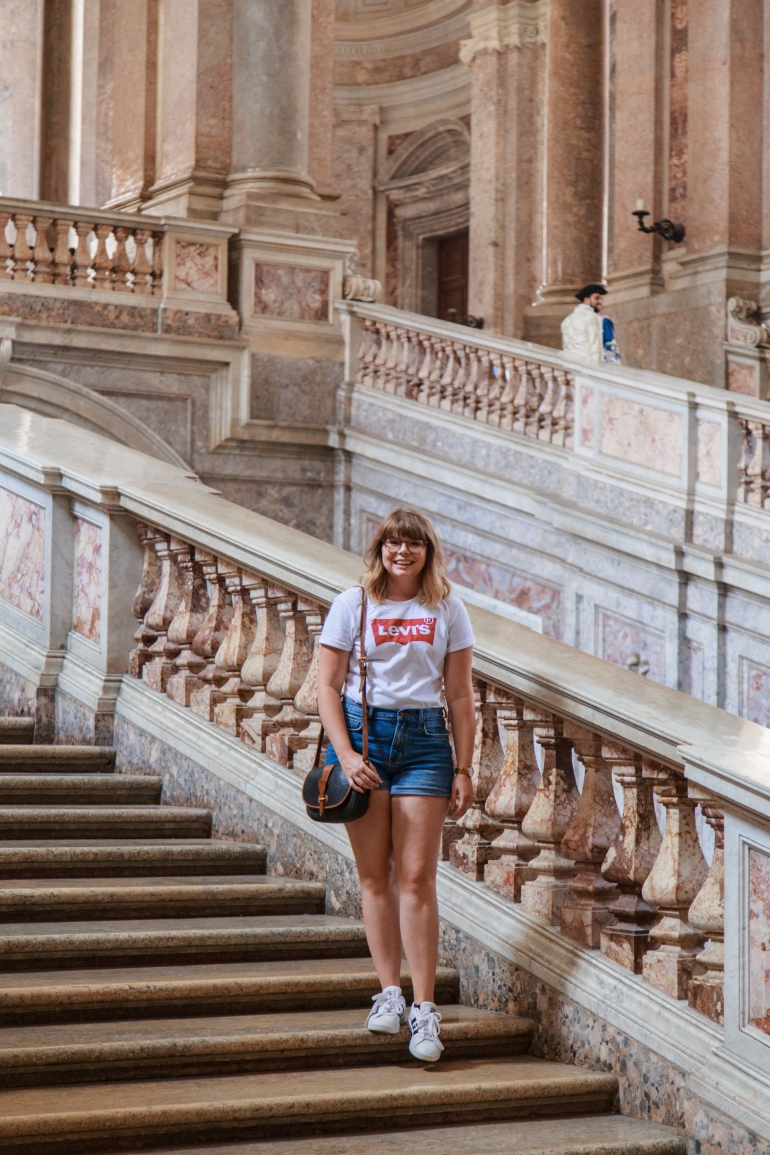