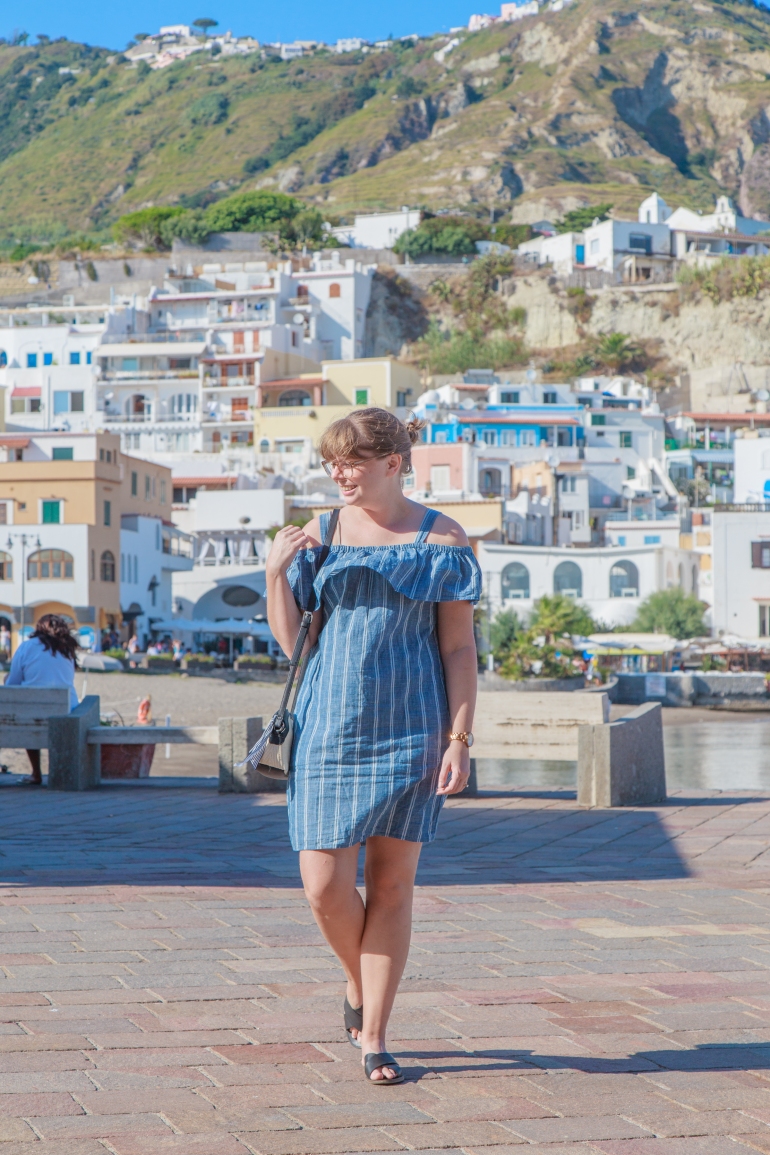 This summer has been a little crazy for us, with moving in and getting our house settled in new country. We took a few travel over the summer to see a bit more of Italy other than Naples. Which was amazing! We took a short week up to Siena (Part 1 and Part 2) as well as 36 hours in Rome. To finish off the summer we decided to take a beach trip. We originally were looking at going to Positano, however trying to make a trip for Labor Day weekend was more than what we were wanting to do for a few short days. So we decided to take a trip to Ischia instead and I’m so glad we did. 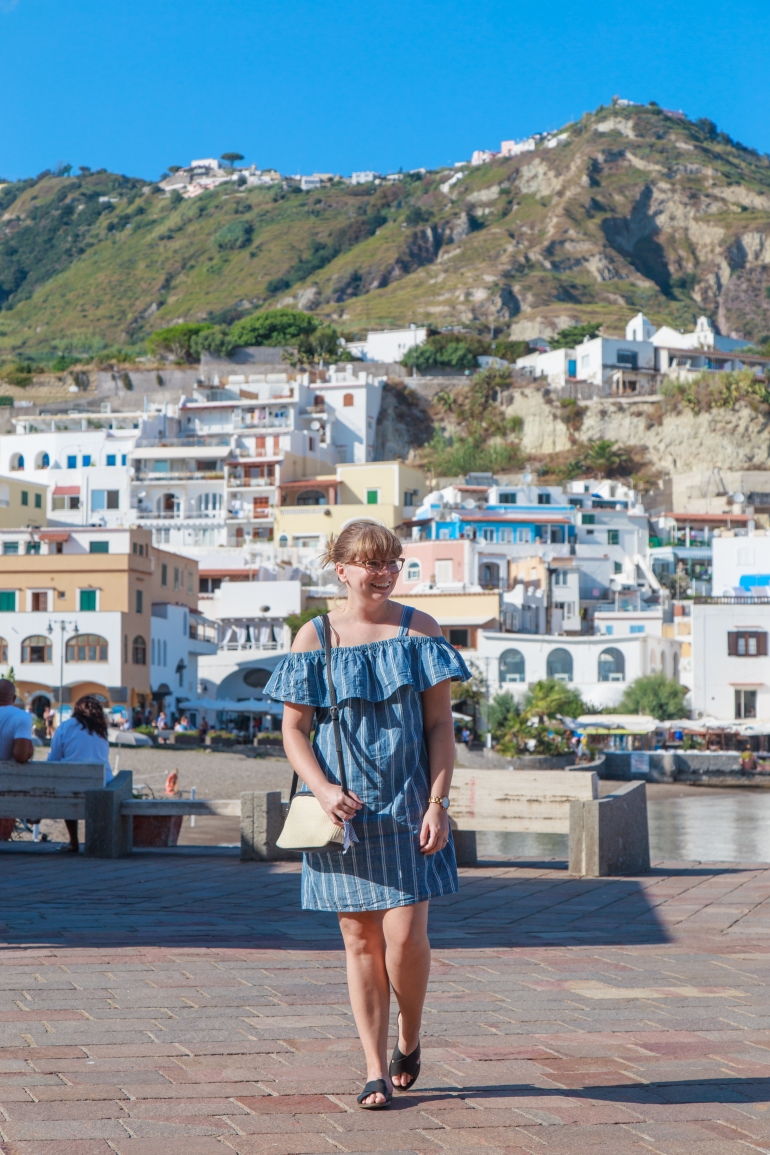 We spend a few day in the small village of Sant’ Angelo on Ischia, which is on the south side of the island just off the coast of Naples. We will have a full post coming soon with what we did while we were on the island. We decided to make this trip because we wanted to visit the beach before summer came to an end (and Positano is CRAZY this time of year.) As for this dress, I picked it up on the thrift trip before we left San Diego. It’s a J.Crew dress, which I love and has been prefect throughout the summer! Its comfortable and breezy enough to wear through out the day during the hot and humid summers here, but nice enough that you could throw a light sweater or jacket over it for a fall dinner or date night. Keep an eye out for our upcoming post on Ischia! 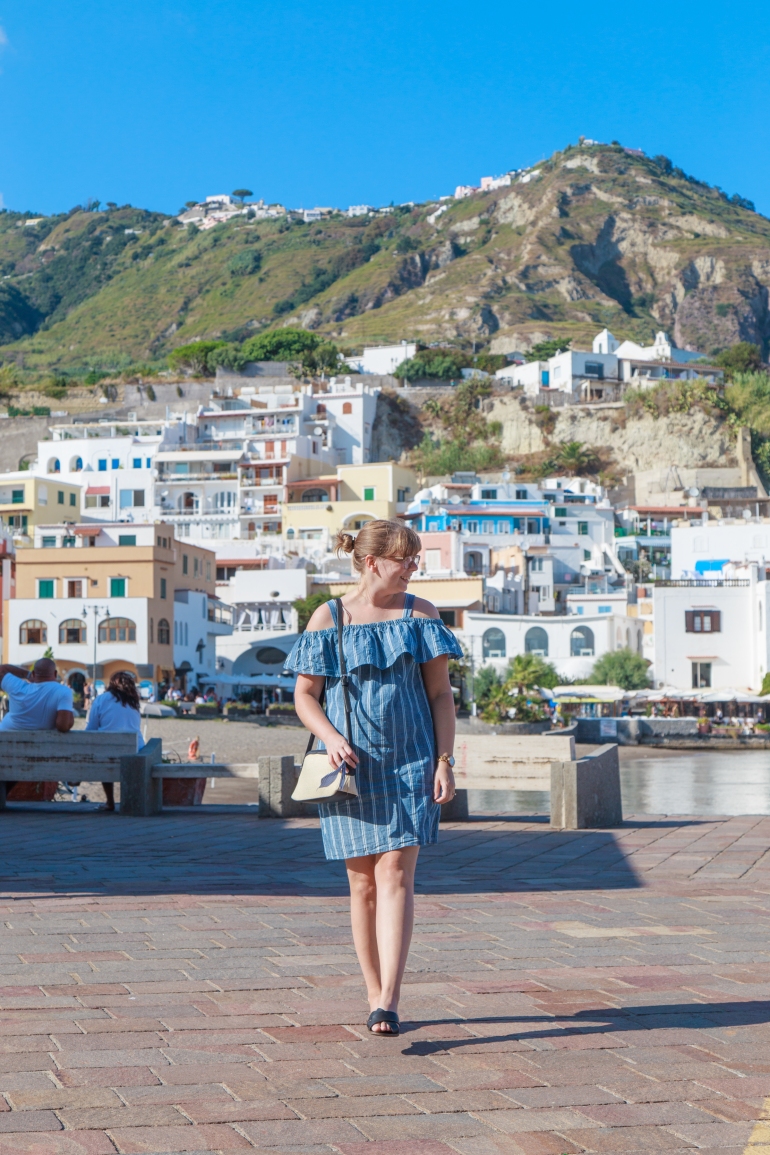 One thought on “End of Summer in Stripes”